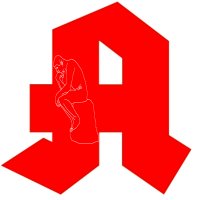 After the media fever of Olympic in Beijing and World Expo in Shanghai, everything about China seems to be associated with ‘ the biggest’, ‘the tallest’, or ‘the fastest’ in the world. Besides reading about China’s massive urban development and unstoppable economic growth in the media, when is the last time you have the chance to be in real conversation with the Chinese?

Continuing with the critical spirit of Kunst Apotheke Salon, we will explore the love - hate relationship between the Occident and China. First, Chinese economist and Chinese cultural activists will tell us what they want us to know about modern China. The dialogue will then extend with stories, debates, and questions from European experts and cultural operators who have worked extensively in China. Together, to further investigate the possibility for China to shift its economic force from consumer production to immaterial value system.

Everyone Is Chinese Tomorrow? is initiated and produced by SideBySide Studio, in collaboration with MMX Open Art Venue e.V. Special thanks to Upgrade! Berlin for its generous support.

On 16.06.2010, we had the following program at MMX Open Art Venue e.V.
One month after our session, The Economist published the article Fear of a Chinese Planet, which indicated even more why such dialogue is necessary. Thanks to Lars Kremkow for pointing out this recent analysis on China’s growing power.

At TEDGlobal 2010, former assistant secretary of defense and former dean of Harvard’s Kennedy School of Government, Joseph Nye offers sharp insights of the shifts in power between China and the US, and the global implications as economic, political and "soft" power shifts and moves around the globe. His speech can be viewed here

Part I: What Does China Want the World to Know about China?
Panel: Chaos Y. Chen, Tao Wang, and Vienne Chan
Moderated by Pablo M. Zerm and I-Wei Li

Everyone Is Chinese Tomorrow? Part I: What Does China Want the World to Know about China?

Everyone Is Chinese Tomorrow? Part II: Love, Hate, or Rock’n’Roll? – New Partnerships between the Occident and China

Biography
Chaos Y. Chen
Chaos is the cofounder & director of WiE Kultur - a new platform in Berlin for dialogue and collaboration through art between the East and West. Prior to this, in Beijing she founded CHAOSPROJECTS |VisualThinking in 2005. She was Head of the Curatorial Department at the Millennium Art Museum (Beijing, 2002 2004), where she founded the “Open Forum”. She received the RAVE Stipendium (Germany, 2001) and worked at Kunst-Werke Berlin and later with the Haus der Kulturen der Welt in Berlin. She served as jury member for CENTRAL Contemporary Art Award (Köln,Germany, 2004) and REAL Photography Award (Rotterdam, 2008). She holds a Master’s Degree in Art History & Theory from the Nanjing Academy of Arts.

Tao Wang
Tao joined socialdesignsite/Segroup (Systemic Excellence Group) in 2009 as a researcher. He’s responsible for strategic development and controlling of the project. He studied history, social sciences and strategic management and gained experiences in consulting industry in both China and Europe. Tao Wang is interested in business development international political economy and global history.

Vienne Chan
Vienne was born in Hong Kong and studied the philosophy of religion in Canada. She began making experimental videos independently in 2007 and has been screening internationally since then. Her works vary in subject matter but all strive towards an independence from the social constructs of natural language - and in a similar vein, the ruination of identity. With a somewhat nomadic background, the concept of indeterminacy is of special interest to Vienne.

Pauline Doutreluingne
Pauline is an independent curator, writer, researcher and Sinologist who went to Beijing in 2004 to do a master in art management and art critique at the Central Academy of Fine Arts. She is the founder of the Borderline Moving Images Festival, which is one of the first festivals in China to create a context for live audiovisual performance and video art. Since 2006, she was also a curator/assistant director at the Platform China Contemporary Art Institute in Beijing, whose profile has risen sharply for their shows of emerging artists. In 2008, after moving back to Europe, she continued to promote cultural exchange between Berlin and the creative cities of China as a curator of shows like ’There is no I in team’ in New Castle (UK), a Night on Earth (Helsinki) through Berlin China Cultural Bridges. BCCB also initiates and organizes discussion forums, lectures, exchange programs and collaborative projects.

Besides writing catalogues for FRAC Nord-pas de Calais, she also works as a video researcher and film curator for the Mindpirates, a Berlin-based group who create and show films, art and scenarios with the intention of injecting awareness and free thinking into the minds of the people and into the “public mind”.

Edward Sanderson
Edward Sanderson is a curator and writer living and working in Beijing. Originally from the United Kingdom, Edward has lived in China since 2007. After graduating with a postgraduate degree in Contemporary Art History from Goldsmiths College in London, he moved to Beijing to open the gallery CPU:798 in the famous 798 Art District. CPU:798 showcased young Chinese photographers and new media artists.

Edward is now a partner at CPU:PRO, an arts consultancy created to provide support and services to artists and the art world. CPU:PRO represents five Chinese and one Australian artist, and works with galleries, institutions and collections on projects. As well as writing about contemporary art and music in China, Edward is currently curating the first solo show of the Chinese artist Cheng Ran, opening on the 3 July 2010 at White Box Museum of Art in Beijing.

Founded in 1994, Triad Berlin is one of Germany’s most successful communication agencies of today. Its international and interdisciplinary teams create emotionally intelligent communication formats in spaces — from showrooms for small and medium-sized businesses, grand productions and brand center for global players to virtual communication rooms. Its award-winning exhibitions, Expo pavilions, trade fair presentations, experience center, and events can be found all over the world.

Pablo M. Zerm
Originally from Dortmund, Pablo has resided in Buenos Aires, Moscow, Shanghai and Berlin. He holds a master degree in social science and currently, a doctoral candidate at Humboldt-University of Berlin. He has participated in Berlin (Daimler) and Shanghai (Linya Intl.) in qualitative research projects and is now working for WELT Online.

I-Wei Li
Born in Taiwan, grew up in Canada, I-Wei’s first Commerce Degree had lead her to work as a banker in Kenya. In 2008, she graduated with first class honour in art from Goldsmiths College in London. Since 2009, she leads SideBySide Studio in Berlin.

I-Wei positions herself as a ‘contexterin’ – a female person who aims to generate new context each time in her art practice. The artistic experience for her is an overall experience that queries all aspects of life. Solidarity within cultural sector is I-Wei’s current research focus. Besides the theoretical framework, she also tackles this topic with animated events such as Kunst Apotheke Salon and The WAVE.

Concept
Like many passionate encounters, it is possible to love or hate for the wrong reasons.

It is indeed, much rare to love or hate for good reasons.

These principles apply to the relations between the West (capitalist, democratic, internationalist) and China (communist, authoritarian, nationalist).

The wrong reason to love China: Since China is the new economic Eldorado, the Occident now can take a break and cease to be innovative as long as it is fast at forming partnerships, joint adventures and complicity with China.

The bad reason to hate China: China will be malevolent, dictatorial, or oppressive, and any research collaboration would be a priori suspect. However, the reality is much more complex and it is imperative to continue the belief that only the Occident has the strategies for innovation, technology and research.

In fact, China has the superpower to actively change the world’s future. Anyone serious about this subject cannot predict what China will be in 10 years. In reality, nobody can say what will be the future for the West in 10 years either.

But one thing is certain: the challenges China and the West facing are exactly the same – cybernetic revolution, Islamic conflicts, geo-climatic challenges. With these crises, we need to invent new models of development and citizenship. We cannot do it without China.

There remains only one possibility: learn to understand and appreciate each other for good reasons. The reason is quite simple: we either invent the future together or we suffer from the disaster together, better, we arrange the ideal conditions of no disaster together.

Like any successful love stories, it is essential that both partners continue to remain autonomous with their unique differences. Such differences are fertile and necessary to explore new areas of innovation.

Everyone Is Chinese Tomorrow? aims to stimulate the exchange between the Occident and China with respect for their differences, more with care for the complexity we face today. Such exchange is not based on origins but references.