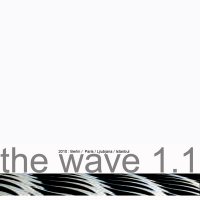 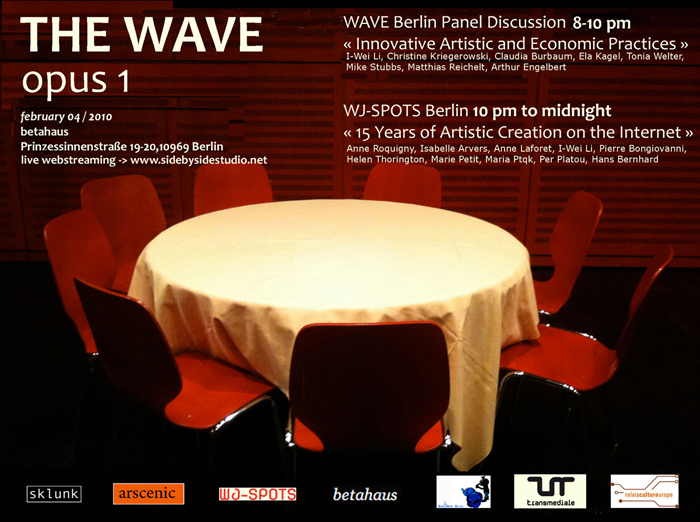 Fluctuations in the economy have become similar to global climate warnings: nobody knows exactly what will happen tomorrow, or whether the future will be bleak or bright. Uncertainty seems to become the only certain rule.

Throughout the early 20th century, art was the forerunner of social, political and technological upheaval. Art at the time foresees (but not always understands) in advance what would happen. Now, artistic activity seems too be carried away by the whirlwind of uncertainty.

The democratic ideal has never seemed so fragile. To a very large extend, it remains to be a total utopia. The modesty of political ambitions, the widespread practice of mafia, the rise of nationalist and religious sect, continuation of poverty, distraught middle-class, all these elements are destroying day after day the ideals of brotherhood, equality, and liberty.

Modern communication technology and the digital economy have overwhelmed all social practices, either cultural or economical but we still have great difficulty understanding the reality. We still continue to struggle with positive outlook and engage in critical changes into the future.

In this context, it is possible to imagine new relationships between money, politics, and artistic creation? How will we identify new approaches, especially critical approaches in a time of crisis?

I-Wei Li - multi-media artist, freelance curator, artistic director of SideBySide Studio
Born in Taiwan, grew up in Canada, I-Wei positions herself as a ‘contexterin’ – a female person who aims to generate new context each time in her art practice. The artistic experience for her is an overall experience that queries all aspects of life. As a curator, she seeks to highlight the approaches and viewpoints of contemporary artists. As a producer, she animates events where intellectuals and artists are invited to exchange their critical reflections. As an artist, she commits herself to experimental and documentary films, multi-media installations, and interactive performances. Solidarity within cultural sector is I-Wei’s current research focus. Besides the theoretical framework, she also tackles this topic with animated events such as Kunst Apotheke Salon and The WAVE. In addition, she is leading Value of Values, a non-artistic exchange experimentation among cultural workers since 2008.
www.sidebysidestudio.net
www.unstablecircus.net

Christine Kriegerowski - artist, working with drawing, digital drawing and photography
Claudia Burbaum - art historian and freelance curator
Both Christine and Claudia are based in Berlin, they organized lectures and shows mainly but not exclusively at NGBK, Berlin. Topics they are interested in are: the constant economic crisis and ways to deal with it (fast um$onst/almost free, group exhibition, 2004, Prekäre Perspektiven/precarious perspectives, lecture series, 2005-2006, unvermittelt/unmediated, 2008, catalog), democracy (democracy, lecture series, 2007), and doing nothing (Nichtstun/doing nothing, group exhibition and lecture series, 2008). In 2009, they participated in Strike Academy, by thealit, Bremen with their illustrated excerpts from discussions after lectures, captioned, "why do we sit here and talk instead of doing something?".
www.duckwoman.de/
www.mitzeitung.de/veranstaltungen 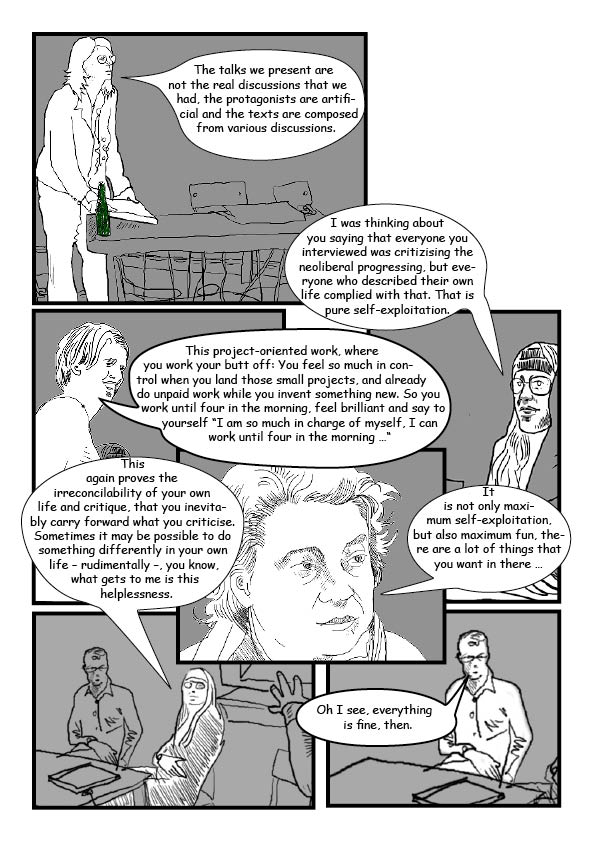 Ela Kagel - program curator of Transmediale, initiator of the Free Culture Incubator
Ela Kagel is a freelance curator and producer in Berlin. She is a member of Public Art Lab and co-initiator of the Mobile Studios project. In 2006, she has launched Upgrade! Berlin, a series of events which present latest developments in digtal culture. For this year’s transmediale, she is the program curator of the Free Culture Incubator.

Matthias Reichelt - cultural journalist, curator and editor
Born 1955 in Leipzig and grew up in West Germany. He is a cultural journalist for various papers and curator and editor in Berlin. Published several essays and books on artists such as the first monography on the outstanding german painter, Blalla W. Hallmann (1941-1997), in 2007. He is also co-author of Reinhild Dettmer-Finke’s documentary on the Holocaust Survivor and artist, Boris Lurie (1924-2008), "Shoah and Pin-Ups. The NO!artist Boris Lurie" (2006).

Tonia Welter - co-Funder and artistic director of betahaus
Tonia Welter studied product design at the University of Arts Berlin. During her work for a Zurich based design agency she developed office furniture and café interior, but soon decided that Berlin still is the most beautiful and exciting place for living and working. Here she started her own label for „hardware fashion“ in 2008. Her USB jewellery is sold all over the world now. As co-founder and art director of betahaus she takes care of the development of the betahaus CI, its flexible interior and especially the creation of a new atmosphere inbetween living and working. Furthermore she tries to establish the betahaus café as galery, showroom and platform for art, design and progressive ideas.
www.betahaus.de
www.toniawelter.de

Arthur Engelbert - ae prof. dr. habil., theory and practice of media and contemporary art
Since 1996 Arthur Engelbert is professor of media theory and practice and art at the university of applied sciences in Potsdam. In 1998 he habilitated in „media theory and aesthetics" by Bazon Brock and 1985 he did his doctorate in art history by Max Imdahl und Gottfried Boehm. Hereafter he was a research associate at the National Conservator Department in Saarbrücken and from 1987 to 1992 he worked as a research associate at the Berlin University of the Arts. Lectureships at various universities and art schools followed. In addition to teaching, Arthur Engelbert conducted a multimedia company in Berlin for ten years. He was also on the board of the Werkbund-Archiv in Berlin for many years and finally introduced a travel related, interdisciplinary research project (cultrans), which has been investigating cultural transfers between cultures and arts since 1999. http://arthur-engelbert.de/ 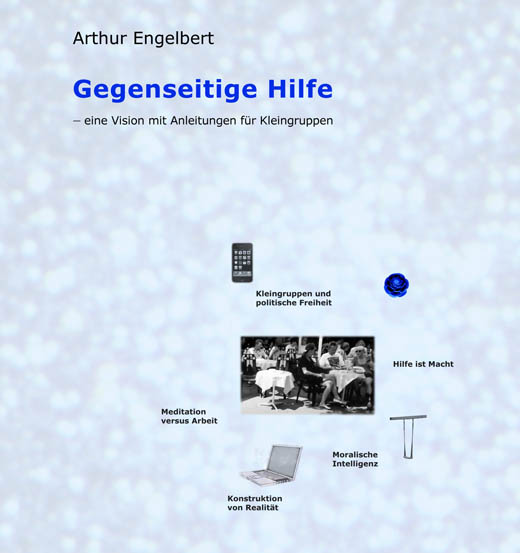 Heather Corcoran - Curator at FACT (Foundation for Art and Creative Technology)
With a specialism in media art and music, Heather has commissioned projects by international artists such as Krzysztof Wodiczko, N55, Benjamin Jones and others, alongside a number of group exhibitions including Space Invaders (FACT, 2009), Climate for Change (FACT, 2009), Tha Click: Beige and Paper Rad (UK touring, 2007-2008), Schematic: New Media Art from Canada (Space, 2008), Controller (Interaccess, 2006) and more. She is a member of the Liverpool Biennial curatorium, and curator for the Abandon Normal Devices festival. She also works hands-on with free software/technology communities, as a Developer of Puredyne, the GNU/Linux distribution for media arts.
www.fact.co.uk/

Anne Roquigny, French media arts curator will follow her series of interviews in Berlin of outstanding figures of the internet community who share their reflections of 15 years of Internet history. The interviews are conducted inside the WJ-S (webjay) multi-screen environment, transformed into a space for thought and investigation. Live online browsing into a selection of emblematic websites, chosen by the speakers, take place simultaneously on 3 big screens. Real time surfing magnifies and augments thought presentation, offering multiple points of view while the participants comment and analyze, from an artistic perspective, how the Internet has been progressively taken over as a space of artistic creation, from its beginning until now. 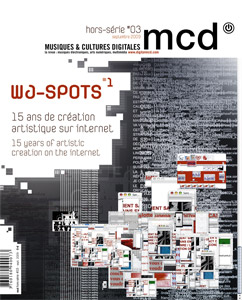