Many people asked me about my impressions of South America for the past 2 month, in short, ‘Paradoxes, Gambiarra, and Vast.’
To give few examples, Sao Paulo has Prestes Maia, the largest squatted high-rise building in South America. Meanwhile, the city also faces the highest helicopter traffic control in the world. One can also find a Disney version of contemporary art and botanical center in Brazil at Inhotim.

There are many other contacts and networks such as Continente, BijaRi, and Vivo Arte who have generously shared their knowledge and resources, these heart warming exchanges not only opened my mind but definitely my heart. I am happy to share these contacts with cultural workers who want to expand their projects in South America.

There are 3 important features about this platform:

Worth noting about the workshop exercise, Secret Place, where participants imagined crisis narrative in relation to a real physical space in Rio.  One group proposed the possibility of revolution in different favelas, and in less than 1 week, the war between the police and Nacro dealers broke out and deserted the streets in Rio. When I watched this news on tv, it’s like I already knew about it 1 week in advance...

Between Windows Open Call, Berlin
Jose Luis Borges talked about a red fish swims backwards so the water will not get into its eyes in El libro de los seres imaginarios (The Book of Imaginary Beings), this red fish pops up whenever I am confronted with differences in thinking.
Between Windows attempts to initiate dialogues about and around Latin America through time-based media to see if we can swim backwards together. This 3 day program will be scheduled in the summer 2011 in Berlin. Videos, book-objects, lectures, and other artistic experiments will be accepted by visual artists born or based in Latin America. 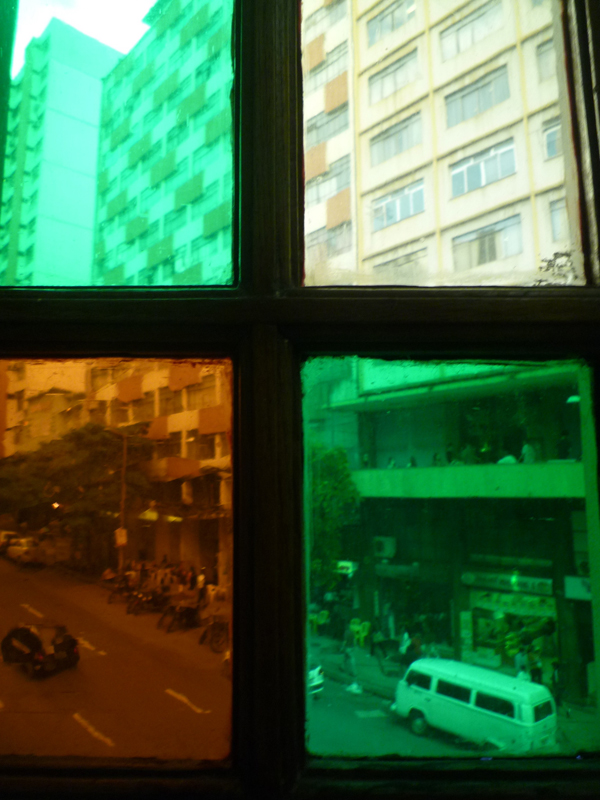 Breath in Crisis Time Book Project
Wikileaks and recent revolutions in Tunisia and Egypt tell us a clear message - the world has already changed and it continues to change fast. The word ‘crisis’ means danger and opportunity at the same time. Together with 5 other international editors, La Maison de Laurentine and SideBySide Studio are preparing a series of book dealing with strategies and creativities in crisis time. The first edition will launch in September during ISEA 2011 in Istanbul. We welcome worldwide inputs.

We also want to expand the curatorial team for Kunst Apotheke Salon in 2011, contact us if you have topics or projects which need medical attention, work in progress also welcome.

Potlatch Professional Meetings, A.M.I., Marseille, 16-25 March, 2011
SideBySide Studio will give public intervention on art, technology, and innovation during Potlatch between 23-25.03.
Knowing Marseille will be the European Cultural Capital in 2013, we look forward to meet different local cultural partners to understand their vision for this project prior 23.03 in Marseille.