Between Windows - Latin America and Beyond

Jorge Luis Borges talked about a red fish swims backwards so the water will not get into its eyes in El libro de los seres imaginarios (The Book of Imaginary Beings), this red fish pops up whenever I am confronted with differences in thinking.

Between Windows attempts to initiate dialogues about and around Latin America to see if we can swim backwards together. Films, debates, book objects, political-cultural projects, live performances from Brazil, Uruguay, Chili, Argentina, Costa Rica, Mexico and beyond will be presented between 27-29.05.2011. Initiated by SideBySide Studio, co-produced with Mindpirates, this 3 day program will first start at Mindpirates, Falckensteinstr. 48 1st Hof, Berlin, Germany with the possibility to continue in other countries in Asia. 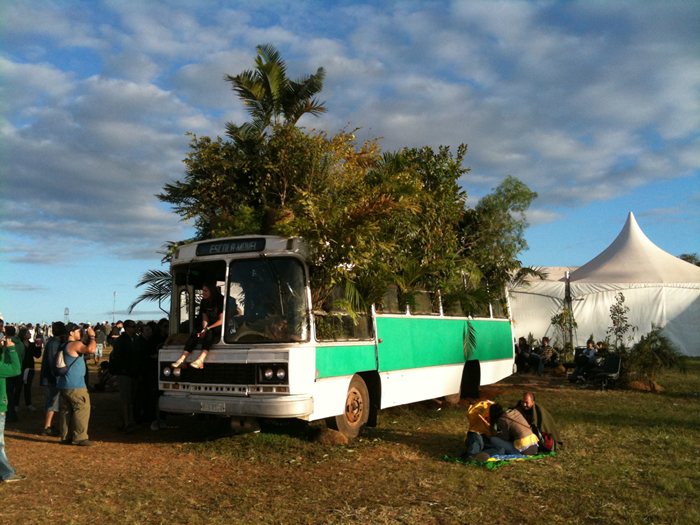 Photo Credit:Ônibus Verde – a project by BIJARI during the SWU 2010 festival in Sao Paolo, Brazil.